Across the road lies St. John the Baptist Catholic Church. In all of it’s glory, it’s a fine example of the painted churches in this area, but we’re not here to attend the church, or maybe we are. It’s another kind of church we’re aiming for, a countryside hangout and meeting place for the locals, a proper beer-joint.

We’re a bit early for opening so there’s time to check out the exterior of the white painted little cottage, no more than maybe 16 feet wide and 30 feet long. In the back of the building there’s a tilted wooden shack that looks like it’s about to crumble at anytime, the lavatories, one for the Ladies, one for the Gents. It’s more like a four walled place to lay down your burden in a hole in the ground and I check for spiders and snakes as I enter the dim shed. If you have to go, you have to go.

On the side of the joint there’s a concrete slab with a smoker and a couple of trees giving much needed shade from the scorching sun, that and a couple of longnecks on ice is all you need to make an outdoor venue. On warm summer nights it’s a perfect place for scraping your boots to some local honky-tonk or polka band.  With the salty wind down from the coast sweeping up the rolling hills, you can sit back and enjoy the company of the regular Johns. This is yet another friendly place.

On the inside, the joint feels even smaller. The green walls are modestly decorated with a solitary hunting trophy and a few beer signs. Kind of rare compared to other places we’ve been were you can hardly see the walls behind all the things they put up. The only thing I miss is a good ‘ol jukebox. But where there’s lack of music there’s more opportunity for conversation. Soon I’m in the middle of a conversation with the bartender about beer. Out here in this Czech community they take great pride in the making of their brew, a brew that has its roots in a long tradition of beer making from the Old World. He’s very interested in what kind of beer the Europeans are drinking these days and I tell him that many of them would feel real at home sipping anything from the Shiner brewery.

There’s five or six domino tables inside the small bar and I can tell there’s lot of activity going on at the one in the far back. This is serious stuff and the players here are not fooling around. Deeply immersed, the participants of the game still take time to greet anyone entering the place. Besides me and the photographer they’re all regulars and you better greet old friends.

This area was initially settled by Czech and German immigrants as early as the 1870’s and most of the people here in Ammansville originate from Bohemia. A lot of people around here still speak the language of the Old World and cultural heritage such as sausage making and choice of beer is part of who you are. Many of the nearby villages still bear those ancient German names from the Old World, still, this is Texas.

The community of Ammansville is situated on the Coastal Plains south of La Grange. Besides St. John’s and the beer-joint, there’s hardly anything out here. This is farm land and as far as you can see there’s just fields. I look out the open door and see the winding road lay deserted and baking in the blazing sun. While I’m slowly sipping my beer a truck pulls up to the front of the building. Keeping the engine running, an elderly man, dressed in work clothes that suggest that he probably works at a filling station or maybe at a garage, walks up to the bar and order a six pack to go. The bartender asks no questions about what kind of beer the man wants, only about his day and how his family’s doing. Everybody knows everyone, that’s the way it goes out here. The bar seems to double as a drive thru beer barn, I like it!

Time flies when you’re enjoying yourself and we’re fixing to make it to one more place today. The sun is already hiding beneath the horizon and just a small bundle of rays are hitting the now clouded Texas sky. We ask for directions to a nearby place called the Post Oak Inn. It’s supposed to be a more regular honky-tonk with occasional live music and a jukebox. We get many suggestions on how to get there but there is one particular route that seems to be the shortest. It involves cutting through pitch black back roads looking for easy to miss local road signs. There is also a non confirmed rumor about a honky-tonk serving mainly a black crowd being out there somewhere. A speak easy on our way to the Post Oak? Sounds very intriguing.

I guess our newfound friends don’t want us to get lost in the middle of the night and I really appreciate the extent they’re going to in an effort to explain which way to go, but, to be honest it’s all pretty confusing. Finally one of the domino players  takes matters into his own hands and brings out a piece of chalk and simply draws a map on one of the domino tables, brilliant! Out in the darkness among the fields I really wish we had brought the domino table with us in the car, but, somehow we finally manage to find our way to the other bar.

So, what about the Speak Easy? And The Post Oak Inn?

Well, the latter is there alright. Jukebox, bandstand, pool tables and all. The regulars are there as well. With their bring-your-own in brown paper bags and Styrofoam cups. This place is supposedly haunted by the ghost of Hank Williams and you can almost feel it. The Speak Easy on the other hand was nowhere to be found. just as Speak Easy’s should be. As I stand outside the Post Oak, pissing on the cactus under the big black Texas sky, the thought of it all brings a smile to my face. 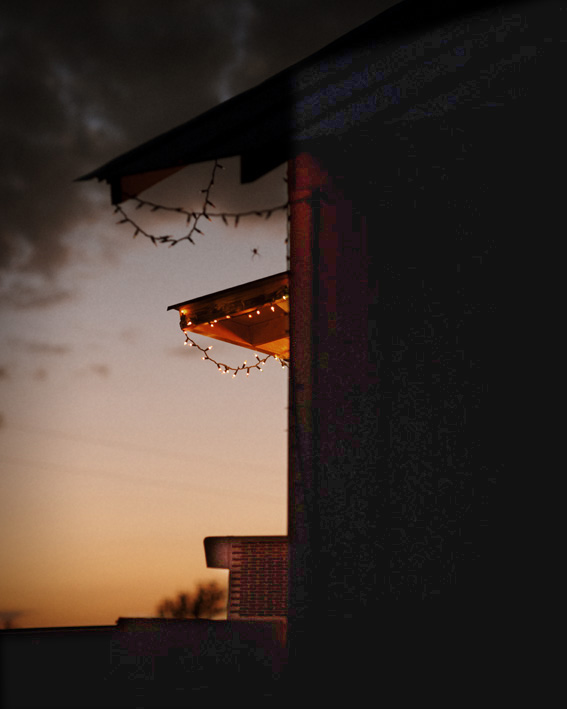